Star Batgirl star Leslie Grace responds to cancelled show, after Warner Bros. announced the cancellation of the movie Batgirl, both in theaters and on platforms.

Batgirl star Leslie Grace responds to cancelled show: Thank You for the Love and Belief

Leslie Grace, in a post via her personal account on Instagram, confirmed her happiness to participate in the movie Batgirl, saying: “On the heels of the recent news about our movie Batgirl, I am proud of the love, hard work and intention all of our incredible cast and tireless crew put into this film over seven months in Scotland,“

Leslie Grace added, “I feel blessed to have worked among absolute greats and forged relationships for a lifetime in the process! To every Batgirl fan — THANK YOU for the love and belief, allowing me to take on the cape and become, as Babs said best, my own damn hero!”

Leslie Grace’s response came after Adel Al-Arabi and Bilal Falah, the directors of the movie Batgirl, announced their great sadness over the cancellation of the movie, due to their strong desire to have their work shown to the public. 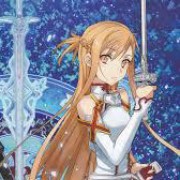 With Product You Purchase

Kim Kardashian and Pete Davidson break up after 9 months

The Sandman received a rating of 86% on Rotten Tomatoes